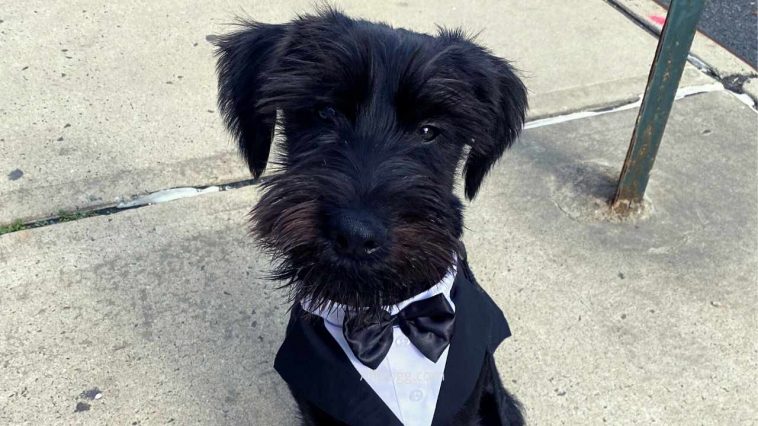 The Standard Schnauzer is a medium sized dog, and the smallest of the working dog breeds.

Standard Schnauzers require a lot of exercise and thrive best in an active lifestyle. They make good companions for people who lead active lives.  If left alone for long periods of time they may bark excessively or become destructive as a result of stress.

Some compare their personalities to those of cats! They can be stubborn and wary of strangers, but they love their family and will protect them with their lives if needed. When it comes to training they can be difficult, but if you are firm and consistent they learn quickly.

About The Standard Schnauzer

This breed is often described as being cheerful, dependable and alert. They can be independent when need be but are overall obedient dogs that take well to training. Their medium size makes them easy to travel with, although they prefer having plenty of room to run around without a leash outside. Due to their size they do not make good apartment dogs, but can be kept in an apartment if they are given enough exercise.

They have bushy eyebrows and moustaches that give them a stern appearance but they actually have warm personalities. Their ears are long and can hang down close to their cheeks when relaxed but they will prick up when alert.

To Dock Or Not To Dock

Docking a Standard Schnauzer’s ears is a common practice in the United States. It is done to ensure that the dog has a healthy appearance and to prevent injuries. The practice of docking a dog’s ears and tail has been around for centuries, and is still practiced today.

Ear cropping and tail docking were historically done for functional purposes. In the past, these practices were performed to make it easier for dogs to work in their given environments; they also made it possible to spot the dogs as working animals. These days, docking is considerably less common for functional purposes; however, it is still done to beautify the dog while preventing injuries.

Standard Schnauzers are, by nature, always ready to chase squirrels, rodents or other animals. Consider getting your dog micro-chipped.

Standard Schnauzers are generally healthy but are known to suffer from hip dysplasia, cataracts, deafness, progressive retinal atrophy, and von Willebrand disease. It’s important to keep an eye out for signs of these problems throughout their lives and contact your vet if you notice any.

They have a beard and bushy eyebrows, which are gray or black in color. While their coat can be black or salt & pepper, the most common colors are solid black or brown/black/silver striped. Their undercoat is soft

Some people say that Standard Schnauzers look like angry old men, with their bushy eyebrows and beards. However, I think they are a handsome breed of dog, and I love their intelligence and obedience.

Learn more about some of the other working dog breeds and the unique characteristics working dogs have.